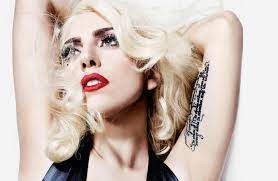 The "Special Zone on the Mexican Border" factory is a factory
that produces goods imported from China.
The main sales destination of the product is in the United States.
We also export to Canada, Latin America, South America and Asia.
The main reason why US products lose to Chinese products is
that the labor cost of US products is higher than that of China.
In the early days, Chinese products were inferior,
but with the outflow of production technology from the United States to China,
they are now of higher quality than US products.

China is strengthening its armaments in Asia.
Much of China's military spending is the "dollars" earned from exports to the United States.
The Biden administration is strengthening the "China siege network"
with the military alliance of "AUKUS" and "QUAD",
but it is crazy to give "dollar" to China.
The first thing the United States does is to "deplete" the "military spending"
of the Chinese military.
To do so, it is necessary to "weaken" the competitiveness of Chinese products.

The former Trump administration sought to increase "tariffs" and reduce imports.
However, the effect was slight.
The reason is that US consumers buy Chinese products for "quality and price".
What the "Baiden administration" needs to do is to have a policy
in which US products "win" Chinese products in "quality and price."
"The policy" is to create a "special zone" on the "Mexico border"
and accept "poor and refugees" from Latin America.

Americans carry out consumption activities according to the rules of "free economy."
They choose "excellent products" based on "quality and price".
So I proposed to the "EU (France)".
It is to build a "special zone" in "Mexico" with the same concept as the "special zone in Algeria".

If the "EU (France)" does not build,
I think China and Russia will partner with the Mexican government to build a "special zone"
in "Mexico". China, Russia and Mexico are members of the WTO.
Mexico is a signatory to the USMCA.
Exports from Mexico to the United States are astonishing.
The US economy dies.
The "death of the US economy" becomes the "destruction" of the "US military."

Part 1 I think the EU (France) ally should be expanded to the world
in order to protect "freedom and democracy".
" From next week, we will propose the construction of "special zones" to North Korea,
Russia and Iran.
In the global economy, "labor costs" are the competitiveness of products.
The world is full of "people without work".
The first is to give jobs to "poor and refugees."
People in developed countries should concentrate on developing new products.
And jobs that require a high degree of skill can only be done by workers in developed countries.
The income of French workers will double or triple.
Making products that can beat Chinese products will weaken the Chinese army ...
English, Japanese, French, German
https://naganoopinion.blog.jp/

Part 2 Please support the victims of human rights violations by the Government of Japan.
A person who "provides" a "false employment contract document" to a foreigner
who has performed "out-of-qualification activities"
under the Immigration Control Act is "not guilty".
It is proved by the Japanese Diet.
Since the above acts could not be punished in the past,
we have made it possible to punish them by "Revision of the Immigration Control and Refuge".
The 2017 Immigration Control Act has been revised.
Therefore, those who have been punished in the past are "innocent."
However, the Japanese government has not restored the honor
and compensation of the victims. Japan's "ruling
and opposition parties" continue to hide and ignore this fact.
The prosperity of the free world is "realized" by freedom and democracy
and "respect for human rights" being "controlled under the law".
I am seriously seeking "government under the law" of Japan.
There are many victims in the world due to "illegal punishment" of "violation of immigration law". For more information, see Saturday and "Send on weekdays" emails.
There are also many American victims. There are also many Chinese victims.
There are also many Filipino victims. Twice
Japanese.
https://blog.goo.ne.jp/nipponnoasa/e/f47a69183287f42bf0b6464aedb098cc
English.
https://blog.goo.ne.jp/nipponnoasa/e/58d63abf2802f3a9535e5c86fd2387a0
See below for the indictment. (Japanese)
https://blog.goo.ne.jp/nipponnoasa/e/c9639cd8d9ab6f7d734bdbb61511a31e
See below for the indictment. (English translation)
http://www.miraico.jp/ICC-crime/2Related%20Documents/%EF%BC%91Indictment.pdf