July 18, 2021: Sunday edition. Dear Sir,
The Biden administration has taken concrete steps to reduce its dependence on China!
I pay tribute! !! Please add more!
On the 8th, the US administration of Biden summarized a strategy to review the supply chain
for procuring strategic supplies such as semiconductors.
In order to reduce dependence on China,
the report clarified the policy of aiming for stable procurement
by cooperating with "Quad" in which Japan, the United States,
Australia and India cooperate and the seven major countries (G7).
For the time being, the focus will be on whether the United States can secure a budget.

I support the current Taiwanese government.
However, Taiwan is largely composed of Native Taiwanese and Waishengren.
Waishengren are people who moved from mainland China to Taiwan with the Kuomintang after the war.
I think many Waishengren are under the influence of the Chinese Communist Party.
Regarding (TSMC), we should investigate the relationship
with the Chinese Communist Party! Relying on Taiwan for 92% of its state-of-the-art semiconductors,
it reiterated Congress to pass a bill
that would invest more than $ 50 billion in development and production.
Taiwan Stacked Cable Manufacturing (TSMC) will set up a production base in the United States.
The Biden administration aims to attract domestically with subsidies. 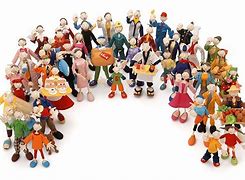 I'm negative about "battery cars".
"Ford Motor" should "develop" "e-fuel" in collaboration with "ExxonMobil" and others.
For batteries, the Department of Energy's $ 17 billion loan facility will be used. Ford Motor Co., Ltd.
announced in May that it will build a joint venture plant with SK Innovation Co., Ltd. of South Korea.

I am proposing the construction of a "hydrogen steelworks" for the reconstruction of the "Rust Belt".
"Pig iron" should be manufactured and supplied to allies for "US and allies".
Allies produce "steel" in electric steelmaking. Even now, "iron is a nation."

The highest priority should be to develop a "coronavirus detection system"
that can instantly determine "presence or absence of virus infection" like "thermagraphy".
This is what the people of the world have been waiting for most now!
You can't beat China unless you restore economic activity to normal!

Part 1 A senior U.S. government official told reporters yesterday
that "reconstruction of domestic production of important components
and diversification of procurement sources are essential" prior to the release of the report.
In late February, President Biden signed an executive order calling
for a review of the supply network within 100 days in four areas: (1) semiconductors,
(2) batteries for electric vehicles (EVs), (3) important minerals such as rare earth,
and (4) pharmaceuticals. Related ministries
and agencies such as the Ministry of Commerce have summarized the results of the 100-day study.
https://www.nikkei.com/article/DGXZQOGN07D7D0X00C21A6000000/

New fuel e-fuel, Toyota / Nissan / Honda are serious
Germany's Audi took the lead in e-fuel research and development.
The company announced that it established an e-fuel research facility in Germany in 2017.
The company prepares for European environmental regulations that will become stricter over 30 years.
It would be risky to "approach" regulations only with EVs,
which are likely to have problems in terms of cost and cruising range.
https://www.nikkei.com/article/DGXMZO61195360W0A700C2000000/?unlock=1

Part 2 Please support the victims of human rights violations by the Government of Japan.
A person who "provides" a "false employment contract document" to a foreigner
who has performed "out-of-qualification activities" under the Immigration Control Act is "not guilty".
It is proved by the Japanese Diet.
Since the above acts could not be punished in the past,
we have made it possible to punish them by "Revision of the Immigration Control and Refuge".
The 2017 Immigration Control Act has been revised.
Therefore, those who have been punished in the past are "innocent."
However, the Japanese government has not restored the honor and compensation of the victims.
Japan's "ruling and opposition parties" continue to hide and ignore this fact.
The prosperity of the free world is "realized" by freedom
and democracy and "respect for human rights" by being "controlled under the law".
I am seriously seeking "government under the law" of Japan.
There are many victims in the world due to "illegal punishment" of "violation of immigration law".
For more information, see Saturday and "Send on weekdays" emails.